Want to tell the story of your life…your business…your success and the lessons you’ve learned? To inspire others, leave a legacy or leverage your favorite charity? Enhanced Communications, LLC, can help.

Unless you have a million Twitter followers or your own reality TV show, chances are the traditional publishing industry is not interested in your memoir. These days, the economics of the business are such that the story you can tell matters less than the story you can sell.

There is another way. At Enhanced Communications, LLC, we create top-quality privately custom-published books that look and read just as well as the ones on the shelf at your local bookstore.

Our team will write and edit your book, design the cover and have it printed. Not just that, Enhanced Communications, LLC, can create a video to match the book that you can show at your book-launch event (which we can also help organize, along with your website). And we can connect you with other resources, such as the new Forbes Books platform, which allows even greater reach and visibility.

Let Enhanced Communications, LLC, tell your story, the way it should be told.

Here are two examples of our award-winning, legacy publishing service:

Walter’s Way: How a Relief Kid Survived TB, Corporate Betrayal, Bankruptcy, Made Millions and Touched the Lives of Billions 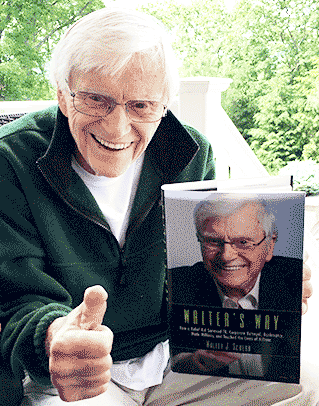 The memoir of entrepreneur Walter Scherr, a founding board member and executive officer of four corporations. Walter grew up during the Depression and survived six years in a sanitarium with tuberculosis, to become a hugely successful business leader and philanthropist. His 2015 memoir, published by John Wiley & Son’s custom division, helped raise money for the Center for Discovery. “Walter’s Way” won a Silver medal in the Axiom Book Awards competition and in June, 2017 won top honors in the Literary Classics International Book Awards, which honor excellence in children’s and young adult literature: “Walter’s Way” won the Lumen Award for Literary Excellence, in addition to the Gold Medal for the nonfiction category. I’m proud to have been the project manager and co-writer of Walter’s award-winning memoir!

Miller’s Time: My Life, from Bed-Stuy to the Boardroom

The story of Edward D. Miller, who grew up in Brooklyn’s notorious Bedford-Stuyvesant section, but through grit, smarts and determination, bec

ame an important figure in American banking. As a high-ranking executive of what is now Chase Bank, Ed managed two of the largest banks mergers in U.S history, between Chemical and Manufacturers Hanover, and later, between Chemical and Chase. It’s just part of his remarkable story, which was celebrated not only in his privately printed book, but at a 2016 book launch event that attracted more than 100 friends and admirers.