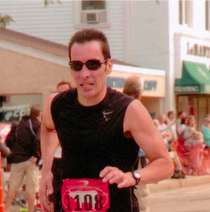 I’m a long-time contributing writer to Newsday, The New York Times, Runner’s World and Smithsonian. I also contribute to Certified, the publication for fitness professionals certified by the American Council on Exercise.

My eclectic beats include fitness, health, active sports, history, retirement, museums and fine arts, as well as philanthropy and volunteerism, small business and automotive. Across all these topics, my specialty has been the human interest story—a niche that led me to memoir writing.

Over the course of my career as a freelance journalist, my work has appeared in numerous magazines, some of them still vibrant titles, others sadly vanished in the digital age. I’m still proud to have sold to such fine publications as, the Boston Globe Sunday Magazine, Entertainment Weekly, Family Circle, Fitness, Men’s Fitness, Men’s Health, Playboy, Reader’s Digest, Running Times, Sports Illustrated for Kids and Sport, as well as American Heritage.com, Columbia Journalism Review.com, the outstanding Acela Express magazine Arrive and the equally outstanding Boston Marathon Magazine, which doubles as the official program of that venerable race.

June 2018: The Long Island Press Club, our regional journalism/media association, handed out its annual Media Awards on June 7. I was fortunate enough to win three! All of these stories appeared in Newsday, where I have been a contributing writer for many years.

• First place: Humor, for a column I wrote about running the NYC Marathon in 2017—30 years since the previous time I’d run it. The column was a lighthearted look at how the race and I had both changed in three decades.

• Second place: Narrative Lifestyle Feature, for a story I did about a Boy Scout from Locust Valley who discovered an overgrown, 18th-century family cemetery in his neighborhood and who—with the help of his Scout troop and local historians—restored the cemetery as his Eagle Scout project.

• Second place: Narrative Profile for a story I wrote about Salvatore Cillis, a World War I solider and an Italian immigrant, who went to basic training at a camp on Long Island, saw action in France and recounted his experiences in a series of beautifully illustrated letters sent home. The letters were displayed last summer at the New York Historical Society, as part of a centennial exhibit of World War I art.

I’m particularly proud of this piece, because unlike the other entrants in this category—mostly stories about living individuals—I was writing about a historical figure, someone whose life I had to piece together and bring alive without ever meeting him!

Click on the logo above to see stories of mine from The New York Times. Or download this recent story as a PDF: Asking for Money? Compliment the Donor, Not Your Organization.

Click on the logo above to see stories of mine from Newsday. Or download these stories as PDFs: Freeport’s Hellfighter; Whalers’ Mixed Blessing;  Checkmates; Our Second Chance at Being Old Friends; Monumental Devotion; His Line on LIRR History; and Fast and Steady Wins the Race Within a Race.

Click on the logo above to see stories of mine from Runner’s World.

Click on the logo above to see  stories of mine from Certified.

And here are links to some of my work for Smithsonian:

Did A Nazi Submarine Attack A Chemical Plant in North Carolina? (August, 2017)

A Fleet of Taxis Did Not Really Save Paris From the Germans During World War I (July 24, 2014)

Why a Walk Along the Beaches of Normandy Is the Ideal Way to Remember D-Day (June 4, 2014)

When Thanksgiving Meant a Fancy Meal Out on the Town (November 25, 2013)

That Time 150 Years Ago When Thousands of People Watched Baseball on Christmas Day
(December 21, 2012)

Before Salem, There Was the Not-So-Wicked Witch of the Hamptons (October 25, 2012)

Thanks for your feedback!

Like many writers, I receive a lot of email and posts from readers, sources, collaborators and subjects of stories. A few are unprintable; many more are like these:

"Hi, John, what a wonderful piece! Really brilliant—you should have written the book!"
—Historian and author Rebecca Frazer, quoted in my Smithsonian story on Pilgrim leader Edward Winslow, November 2016

“WONDERFUL ARTICLE! You are the man!”
—LIRR historian and author Dave Morrison, profiled in the Newsday, “Act 2” section, January 2017

“You did a lovely, smart job. The symmetry of the piece is striking, where you open by quoting the appeal and close by quoting the appeal. The old saying: any coverage is good coverage. But this is such an intelligent piece of reporting. I know how much digging went into it. You deserve applause.”
—Fund-raising writer Tom Ahern, quoted in a story on the language of giving in The New York Times, October 2016

“You are an extremely talented writer. I believe that no matter how much someone practices they really couldn't write like you...it is something else!”
—Frank Prestia, father of three young chess-playing prodigies I profiled in Newsday’s “LI Life” section, September 2016

“It's always a pleasure to be a source for one of your pieces.”
—Master personal trainer Peter McCall, quoted in stories of mine in Newsday and Certified, the American Council on Exercise’s magazine for fitness professionals, in 2016 and 2017.